The Impact on Medicare & Medicaid

The repeal and replace legislation concerning the Affordable Care Act (ACA), or Obamacare, seems complicated for many consumers. Though it will likely see changes as it is debated in the Senate, the American Healthcare Act (AHCA) currently contains important changes to Medicare and Medicaid. If you are currently using either of these programs, here is how the AHCA could affect you: 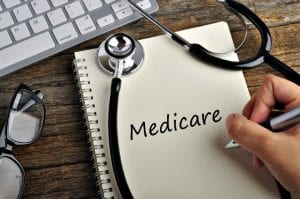 Under Obamacare, funding for Medicare is protected until 2029, ensuring coverage for those who are eligible for the foreseeable future. Medicare is not part of the online marketplaces, so this coverage is protected more than other plans. Part A of Medicare covers hospital bills, skilled nursing care (excluding custodial care), hospice and home services. The coverage varies based on state and Federal laws, congressional decisions concerning coverage, and local coverage decisions by the companies that process claims. Part A does not require any additional premium. Part B requires a monthly premium and covers medical services such as lab tests or wheelchairs. Part D varies more and covers prescription medications.

Currently, Part A is funded through payroll taxes (2.9% for employers and employees or 1.45% for each). Higher income earners see an additional .9% added. It is Part A that will primarily be affected. The AHCA proposes to eliminate these taxes for higher income earners, reducing the amount of financing available for Part A. The reduced funding will leaver fewer American uninsured, forcing hospitals to provide uncompensated care. The solvency, or ability to pay all what is promised, of Medicare will become greatly reduced, and Medicare will not be able to pay all benefits promised in Part A. Medicare will only remain viable for another eight years. This means that over the next few years, Medicare will be unable to support an increasing elderly population, and many seniors will be required to find insurance in the open market.

Since Medicare covers people over 65, the AHCA will affect those who lose coverage in another way. Under Obamacare, elderly consumers could not be charged more than three times the premiums of younger consumers. The AHCA will allow this factor to be increased to five time the rates of the younger population in states that are awarded waivers to opt out of consumer protections. Under these waivers, pre-existing conditions could cause rates to rise or coverage denied. Since many elderly Americans suffer from pre-existing conditions, these waivers could cause many to lose coverage.

Obamacare permitted the expansion of Medicaid so that states may allow for coverage of single, nondisabled adults slightly above the poverty line. The Federal government pays most of the cost in the expansion. This allowed 10 million additional people to enroll under the new requirements. Single adults with an income below $15,800 are currently eligible for Medicaid benefits. Many people join or leave the program as their income fluctuates.

The AHCA proposes cuts to the program that will equal up to $880 million dollars for the Federal government. States will not receive reimbursement for individuals leaving the program, so as people fluctuate out due to income, the allotted resources will dwindle and less people will be eligible.

Medicaid will change from an entitlement program to a grant program, meaning states will have the option of providing a set amount of money to the individual or receiving a set amount of money for all recipients in the state. As federal reimbursements to the states fade, the available resources for Medicaid will decrease. Fewer people will be eligible and fewer health concerns will be covered. Many who are currently eligible for Medicaid will have to find coverage in the open market.

Millions of Americans rely on Medicare and Medicaid for medical coverage. The AHCA, as it currently stands, will affect many of these people in the coming years. The bill will likely change, hopefully ensuring sustained coverage for Americans on Medicare and Medicaid, but it is still important to understand how the bill could affect your coverage.

Low Income Families and Educational Help It is a common perception that only the most gifted students are eligible for grants and scholarships to get them through the final phases of their education, and this then gives rise to the popular thought that those residing...
Read More

Let's begin with this. No One Is Guaranteed Government Assistance Just For Existing. That being said, Government aid can be very helpful to those enduring a financial struggle or hardship. It can also be beneficial for those looking to attain a higher...
Read More

If you worked for it, then you should get all upaid wages. Everyday can be a struggle and still come up on the short end of the stick. That is why you may be frustrated when you are not paid the money you are owed. Fortunately, there are many steps that you can take...
Read More

Arthritis comes in various forms, but it's always painful. The typical medical approach is to take some sort of pain medication (usually non-steroidal anti-inflammatory drugs, or NASDs) that might result in various side effects, such as stomach pain. Thankfully, there...
Read More

In the last issue we talked about how the federal grant system works and how you can make it work for you. In this issue we are going talk about exactly who's eligible to apply for federal grant money. The simple fact is that almost everyone is eligible...
Read More

According to the Social Security Administration, an average of 52% of applicants is rejected yearly. This only shows that the government is very serious in paying only those who deserve these benefits. So, it is important that social security disability...
Read More

Is your home desperate for repairs? Are you at your financial limits, broke...flat broke? Have you ever wondered how it would feel to have the government help you be able to afford these critical repairs? Help is possible through new home improvement...
Read More

Applying and Making Phone Calls to Potential Employers Applying to Places Not Hiring: A Wise Move or Not? Are you in desperate need of a job? If you are currently unemployed or if you truly think that your current job is making you “crazy,” you may be due for a new...
Read More

Who Qualifies for VA Home Loans

For many veterans and their families, buying a home can be a difficult experience. Many veterans have little patience for the drawn out process of finding a loan, and others have not always had the best luck with credit. Fortunately, Veterans Affairs (VA) can help....
Read More

Save Money When Grocery Shopping

It is a good idea to be aware of the amount of money that we spend on items when we go grocery shopping on a regular basis. When times are tough, it is this knowledge that can help us to survive on less income than usual, which can help in a big way if we...
Read More

5 Helpful Resources for Women Who are Expecting

If you are living paycheck to paycheck or struggling to make ends meet, a pregnancy can put a lot of extra stress on you and your family. Luckily, there are single mom resources available to help you if you need some assistance. These programs provide benefits such as...
Read More

Poverty and homelessness in the United States and around the world is increasing on a daily basis. Here in the United States, rising housing costs and lower livable wages have been among the 2 biggest contributing factors. Lack of mental health facilities...
Read More