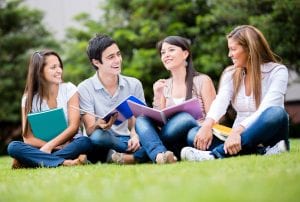 This is the time of year when hundreds of thousands of Americans begin to prepare for their first semester in college. They begin to seek out the items that will sustain them during dorm life. Parents spend money on new sheets, hot plates, coffee pots, notebooks, pens, pencils, laptops, and other necessities for students as they enter adulthood. These incoming freshmen, their parents, and older, non-traditional students also begin looking into how school will be paid for. Financial aid can be a tricky process, and the lenders used by the Federal government sometimes gain a bad reputation. You may not get the opportunity to pick your servicer, but this list will help you gauge where your servicer stands on the government’s short list of loan providers.

The Student Loan Report keeps track of the nine student loan servicers used by the Federal government. With over $1.4 trillion in student debt in the United States, the government relies on these companies to manages the financial aid system. They loan the money, keep track of payments, and perform all other administrative functions for student loans, including debt collection.

Based out of Madison, Wisconsin, Great Lakes Servicing has been providing student loan servicing for over fifty years. Unlike other companies on this list, Great Lakes does not provide the money for loans, but rather collaborates with over 1,000 lenders to ensure the best options for borrowers. They work hard to ensure that borrowers are able to repay their loans. Last year, they received 255 complaints from their 8,260,000 borrowers. This gives them a ratio of 3.09 complaints for every 100,000 borrowers. That is the lowest number out of all student loan servicers.

Nelnet is one of the largest servicers used by the federal government. They hold roughly one-third of all student loans in the United States. They are headquartered in Lincoln, Nebraska, and have been a subject of scrutiny in debates over the student loan system. In addition to servicing student loans, they also hand out several scholarships and provide resume-building services. Last year, they received 406 complaints out of their 6,240,000 borrowers. This puts their ratio at 6.51 complaints per 100,000 borrowers.

This group of servicers includes several agencies that do not profit from student loans. Not-for-profit servicers such as Aspire, CornerStone, COSTEP, and others were added to the list of student loan servicers in 2014. As a group, they represent smaller agencies working to ensure that financial aid options remain competitive. They received 209 complaints from their 3,160,000 borrowers last year, putting their ratio at 6.61 per 100,000. This ratio is only a 1/10th difference than Nelnet’s.

The PHEAA is a quasi-governmental agency formed by the Pennsylvania General Assembly in 1963. In 1965, it was designated a Federal student loan servicer by the Higher Education Act. Its Federal loan servicing branches operate  as FedLoan Servicing and American Education Services (AES). Last year, it received 907 complaints from 8,350,000 borrowers or 10.86 per 100,000.

Navient, based in Wilmington, Delaware, is the largest student loan servicer, holding more than $300 billion in student loans. They come in last of all servicers, but it should not be a shock. The corporation began in 1973 as a government-sponsored entity. In January, the CFPB filed a complaint against the corporation for violations of the Fair Credit Reporting Act and Fair Debt Collection Act. Last year, it received 1,317 complaints from its 6,740,000 borrowers. This puts them at 19.54 complaints per 100,000 borrowers.

The student loan process can be tricky. The Department of Education assigns your loan servicer, but you have some control in what to look for during the repayment process. A good servicer will ensure ethical collecting practices. Research your servicer to stay ahead of the game so you can avoid any pitfall that may affect your credit or financial future.

How to Manage Credit Card Payments

Do you have issues paying off credit cards? Sometimes the interest itself can be an overwhelming monthly payment. We have gathered some information below from credit experts that can hopefully help you manage your payments and find a way out from under...
Read More

Is Rent to Own Housing An Option?

Rent to own housing is a popular term that should be carefully considered. It can be an agreement between owner and seller to rent or lease a property until it is paid in full. The plan can work several different ways, some have zero deposits and no...
Read More

Thanks to thousands of grants, women who want to go back to college and earn a degree can do so without worrying about large tuition fees. Grants for women are available for single moms, minority women, and women that are going in to specific fields of...
Read More

There are several advantages to applying for Social Security Benefits online. There is no need for an appointment and it will definitely save you time. Visitng your local Social Security Office can be very time consuming and frustrating. Read the...
Read More

Though all Americans look forward to the day when they can kick back in a lawn chair and spend time working in their flower gardens, retirement comes with many burdens. A fixed income or access to a 401(k) may not be enough to supplement the lifestyle many seniors are...
Read More

The first nutrition assistance program was started in 1939. These types of programs were developed to help people during strenuous times and financial hardships. The program we know today (SNAP) was first introduced in 1961 as the Food Stamp Act that was...
Read More

Section 8 Housing | Where Do I Start?

Ok, what exactly is section 8 housing? Section 8 housing is also known as the Housing Choice Voucher Program. It is very fortunate here in the USA that housing assistance exists for low-income families, elderly, disabled and mentally challenged. The...
Read More

Things You Need to Know About Section 8 Assistance

Things You Need to Know About Section 8 Housing Some families might find a safe, decent and affordable housing as a big challenge to tackle. Majority of regions in the United States do not have rent control laws in place. Therefore some renters find affording a...
Read More

When you add up the total cost of your monthly utility bills, you may be astounded by how expensive utilities can be. This may be particularly true during peak usage months in the height of summer and in the dead of winter. You and your family...
Read More